Australian sovereignty under threat from influence of China’s Communist Party

Australian sovereignty under threat from influence of China’s Communist Party 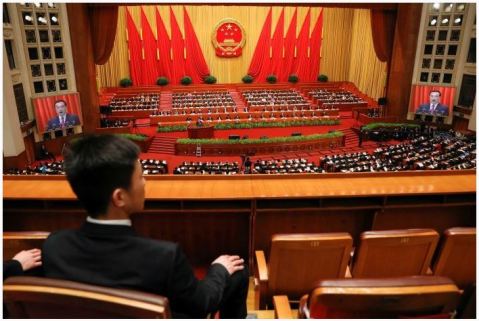 Photo: A five-month investigation reveals the extent of Beijing’s influence in Australian politics and Chinese communities. (Reuters: Damir Sagolj)
The defence and intelligence community believes that attempts by the Chinese Communist Party to exert its influence in Australia pose a direct threat to our nation’s liberties and its sovereignty.

That fear has been confirmed by a five-month-long Four Corners-Fairfax investigation which shows Beijing is active across a vast array of fronts — from directing Chinese student associations, threatening Australian-based Chinese dissidents, seeking to influence academic inquiry, co-opting community groups and controlling most Chinese-language media.

And Monday night’s Four Corners program will track the millions in opaque Chinese-linked donations to show how it buys access and influence in Australian politics.

The Chinese Communist Party’s power and influence in Australia

China’s Communist Party is monitoring the activities of university academics and students engaged in anti-communist activism in Australia. Just how pervasive is its power in Australia, and who else is it targeting?

The depth of the concern at the highest levels of the defence and intelligence establishment can be measured in recent public statements by the departing Defence secretary and the director-general of the Australian Security Intelligence Organisation (ASIO).

“This has the potential to cause serious harm to the nation’s sovereignty, the integrity of our political system, our national security capabilities, our economy and other interests,” Mr Lewis said.

The outgoing Defence Department secretary, Dennis Richardson, named China as being “very active” in espionage and pointed to an equally troubling campaign of monitoring and coercion here.

Academic Dr Feng Chongyi made headlines in March when he was detained in China and questioned for 10 days by MSS agents.

When he was finally allowed to leave, the agents demanded Dr Feng sign a document that forbade him from publicly discussing his ordeal.

He has broken his silence to say his treatment in China was designed to send a message to anti-Communist elements in the Chinese-Australian community: “Stay away from sensitive issues or sensitive topics”.

Photo: Dr Feng Chongyi was detained in China for 10 days by MSS agents.

The Communist Party keeps watch over the 150,000-strong Chinese students studying in Australian universities by controlling the Chinese Students’ and Scholars’ Associations.

The Four Corners-Fairfax investigation will show how the Chinese Embassy in Canberra orchestrated a mass student rally to welcome Premier Li Keqiang in March and stressed the importance of blocking out anti-Communist protesters.

And it will detail how a “spontaneous” demonstration pushing China’s sovereignty over the South China Sea in Melbourne last year was coordinated by one of the many Australian-based Chinese-language media companies that acts as a propaganda arm for Beijing.

Those few media companies that don’t toe the party line face the threat of being driven out of business.

Don Ma, who owns the independent Vision China Times, told the Four Corner-Fairfax team that 10 of his advertisers pulled their cash after being threatened by Chinese officials.

The Beijing office of one migration and travel company was visited by the Ministry of State Security every day for two weeks until it cut ties with his paper.

Mr Ma has not only endured economic sabotage from the Communist Party but a campaign of vilification from pro-Beijing members of the local Chinese community.

Yet he keeps publishing, not only because he embraces freedom of the press, but because many members of the disparate Chinese community urge him to keep doing so.

“I felt that the media here, all the Chinese media, was being controlled by overseas forces,” Mr Ma said.

Posted on June 4, 2017, in ConspiracyOz Posts. Bookmark the permalink. 1 Comment.