Smart watches could soon monitor your walk to verify your identity, scientists say

Photo: The way every person walks is unique, and scientists say that information can be harnessed. (ABC News: Stephanie Anderson)

A potential breakthrough in measuring the unique way each person moves could overhaul the way we access our phones, computers, and even our money, scientists have said.

Small sensors like those found in fitness trackers and smart watches are currently able to analyse a person’s gait as they move, and scientists are already looking at ways to use that data, which is distinctive to each person.

It is hoped gait could be used in the same way as passwords, pin codes and fingerprints – but a major drawback is that the sensors, known as accelerometers, can drain battery life to the point where the technology is inefficient.

Researchers from the CSIRO said they may have found the solution – devising a method of measuring gait which harnesses and quantifies the kinetic energy released when we walk.

That could make the technology much more viable, researcher Dali Kaafar said.

“One issue is certainly the energy retention and the battery, and using your phone we all know battery is an issue,” he said.

“We are actually convinced it’s one of the things that would really help us … secure our interactions with different online services.

“It’s as simple as while you’re walking or while you’re interacting with your device, you’re generating a signal that is very, very unique.”

Applications wide in ‘internet of things’

Unlike accelerometers, the device monitors the unique energy signature a person creates by walking – it also uses that energy to help power the device, reducing energy consumption by almost 80 per cent.

However, the device is still in its prototype stage – correctly authenticating users 95 per cent of the time. 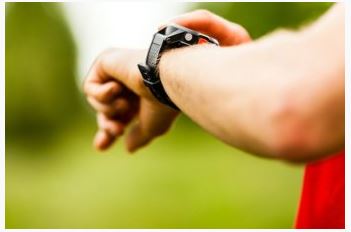 Photo: The prototype was developed to protect smart watches, but the implications are wider. (iStockPhoto/blyjak)

The prototype also failed to detect an impostor 13 out of 100 times.

But Dr Kaafar said gait and other biometric traits were difficult to mimic.

“We are being asked to pick something we can’t remember and not write it down.

“That’s very unusable and leads to a number of security disasters.”

The prototype was built to protect the personal health information often stored in smart watches and other wearable devices, but Dr Kaafar said its implications could be wider-ranging.

“Perhaps even on your computer, and maybe in the future [you will] be able to continuously monitor that you are the one who would be using different devices in this world that we call the internet of things,” he said.

“Maybe also in the future we could use these as a way of securing payment methods.”

Posted on June 3, 2017, in ConspiracyOz Posts. Bookmark the permalink. 1 Comment.