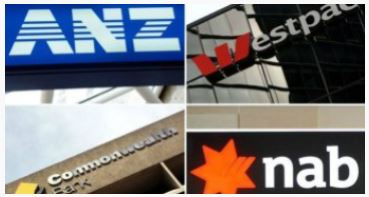 Former CBA boss David Murray says the levy could result in an interest rate rise of up to 25 basis points.

The decision to hit Australia’s five biggest banks with a levy on their liabilities has been slammed as a “very bad idea” by David Murray, the head of the Government’s financial system inquiry.

Mr Murray warned banks would be tempted to pass on the cost of the levy to borrowers, possibly resulting in an interest rate rise of as much as 20 basis points.

“If the banks pass this on, the Treasurer has just tightened monetary policy by 12 to 25 basis points and the sectors most at risk are housing borrowers and small and medium enterprises,” Mr Murray told The World Today.

“Whatever rationale you present for it doesn’t make sense and doesn’t work but because banks have been bashed so relentlessly for so long now the community has been conned into thinking this is OK.”

How the bank levy will work

The new bank tax aims to raise $1.5 billion a year for the next four years. Who’s really paying for it?

Mr Murray, a former Commonwealth Bank chief executive and Future Fund chairman, said if banks chose not to pass on the cost of the levy, they would be forced to take on greater risk at a time when regulators want to see banks that are “unquestionably strong” to cushion any global shock.

“If it’s not passed on because there is some kind of monitoring, the Government has taken the whole sector and the economy back 35 years to price controls in the financial system, which at the time had quite distorting effects on the whole economy,” Mr Murray said.

But he said it would be “extraordinarily difficult” for the Government to track how a bank might manage its books to compensate for the proposed levy.

“It’s a bit like taking the price of a barrel of oil in US dollars and converting it to the Australian bowser and trying to figure out what happened when so many things along the way can change that you can’t control,” Mr Murray said.

Mr Murray also warned of “sovereign risk” to Australia if foreign investors began to worry they might be slugged with an unexpected tax or levy.

The tax drew a furious response from other industry leaders.

If the federal budget is going to make a difference to housing affordability, you will need a microscope to see it writes Michael Janda.

Westpac chief executive Brian Hartzer said new bank tax was a hit on the retirement savings of millions of Australians as well as all bank customers.

“This levy is a stealth tax on their life savings, the shares in their superannuation accounts, and it will make Australia’s banks less competitive,” he said.

It was a theme picked up by NAB boss Andrew Thorburn who said those hit by the tax included his 10 million customers, 600,000 shareholders and 34,000 employees.

“It is not just a tax on a bank. It is a tax on every Australian who benefits from, and is part of, our industry.

“A tax cannot be absorbed. This tax is borne by these people.”

“If foreign investors believe there’s not a decent continuity of good policy they’ll become increasingly concerned and it sets up a fairly disharmonious atmosphere in Australia,” he said.

ANZ chief executive Shayne Elliott described the tax as regrettable policy, but conceded the banking industry has made itself an easy political target.

“It is now time for all our leaders to move on from populist bank bashing so we can work constructively with parliament and policy makers on how we can best support the Australian economy,” Mr Elliott said.

Meanwhile, investment bank Macquarie, which has been bundled in the big banks as having liabilities in excess of $100 billion, said it is still unclear whether it will have to pay the tax.

“It is uncertain whether the proposed levy will apply to Macquarie Bank Limited’s statutory liabilities, funded balance sheet or whether liabilities relating to foreign businesses or subsidiaries will be also be included,” Macquarie said in a statement to the ASX.

However the tax won support from the smaller end of the industry.

COBA chief executive Mark Degotardi said the funding cost subsidy enjoyed by the major banks was between $2.9 billion and $4.5 billion.

Find out who scores and who misses out in Treasurer Scott Morrison’s second budget.

“The levy will go some way to reducing this unfair advantage,” he said.

“In future, as policy measures are implemented to tackle the ‘too big to fail’ problem, the levy may not be necessary.”

“A level playing field is the best means of fostering competition, and producing good value and innovative products into the future,” Mr McPhee said.

“Australia’s borrowers and depositors will be the ultimate beneficiaries from a truly competitive environment.”

After yesterday’s savage sell off ahead of the budget’s release, the big banks stabilised somewhat today.

The smaller banks, exempted from the tax, were the big winners with the Bendigo and Adelaide Bank and Bank of Queensland both up almost 4 per cent.

Posted on May 14, 2017, in ConspiracyOz Posts. Bookmark the permalink. 1 Comment.