Robots are coming for these jobs

IF YOU’RE just about to start on your working life, you might be advised to stay away from such hands-on occupations as welder, floor assembler or boilermaker.

These three occupations are prime candidates for automation and make for the worst three entry-level jobs, according to a study released last week by personal finance web site WalletHub.

Engineers, systems engineers and architects, on the other hand, represent good starting opportunities, according to the study.

Judged strictly by pay, tax lawyers in the US made out the best, with a median starting salary of $A125,411 ($US93,899), or 5.8 times that of the lowest-paying job, that of college teaching assistant.

In coming up with their rankings for 109 entry-level jobs, the researchers weighed immediate opportunity, job hazards and “occupational viability,” or “the probability of a certain occupation being replaced with a computer,” says WalletHub senior analyst Jill Gonzalez.

The bottom five, according to this logic, are: tool and die maker, plumber, boilermaker, floor assembler and welder. The top jobs — engineer, systems engineer, architect, web applications developer — all by contrast require advanced education in science, technology, engineering and math.

The dismal rankings attained by many traditional blue-collar jobs, Gonzalez says, are largely the result of their having the “highest probabilities of being automated. A lot of these jobs started to disappear decades ago.”

Gonzalez also contrasts the high starting salaries garnered by tax attorneys with the more dismal prospects for tax accountants, who are “being taken over by commercial software such as H & R Block.”

“If it is doing the same thing over and over again, and it doesn’t require analysis, it’s going to be automated,” says Ed Hess, professor of business administration at the University of Virginia’s Darden Graduate School of Business.

“We’re on the leading edge of a technology tsunami,” he adds, predicting that 60 to 80 million US jobs will be lost to automation over the next five to 15 years, destroyed by artificial intelligence, the internet of things and other technological developments. “The question is, is this automation going to produce enough new jobs that technology itself can’t do?”

Hess advises those launching careers to pursue occupations that won’t go away any time soon. “Train to repair smart robots, train for a service job where you have to emotionally engage one-on-one to meet people’s individual needs, or get into a technology job and upgrade your skills every year,” he suggests.

On the other hand, there are at least some manual skills that will continue to be in demand for the foreseeable future. “The plumber or electrician that crawls under your house to see what the problem is is probably going to be all right,” he says.

This article originally appeared on New York Post and was reproduced with permission. 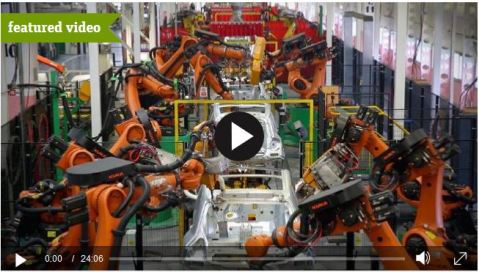 March of The Machines: The AI Revolution

How will the AI revolution change the world? Will there be a rise in robots? And how could AI soon be changing healthcare? Bloomberg follows the March of the Machines.

Posted on May 3, 2017, in ConspiracyOz Posts. Bookmark the permalink. 2 Comments.