← 14,000 Singaporean Troops in Qld for Training…for What? – ConspiracyOz
Apocalypse island: Tech billionaires are building boltholes in New Zealand So what do they know that we don’t? →

Super-rich American “preppers” are buying up New Zealand land to escape to in case the US collapses or the poor rise up in revolt against them, The New Yorker reports.

It’s unclear exactly how many wealthy Americans are buying property there with the apocalypse in mind – many just want a holiday home – but the amount of land they have bought in the past few years has increased dramatically.

As the US moves from a ‘post-truth’ election to post-Trump inauguration, markets ponder an uncertain future for the world economy.

Preppers, or “survivalists”, believe in preparation in case of societal collapse. In the past, preppers were usually associated with guns, powdered food and underground bunkers – but now it seems New Zealand is a focus, especially for the cosmopolitan Silicon Valley set.

“Saying you’re ‘buying a house in New Zealand’ is kind of a ‘wink, wink, say no more’. Once you’ve done the Masonic handshake, they’ll be, like, ‘Oh, you know, I have a broker who sells old ICBM silos, and they’re nuclear-hardened, and they kind of look like they would be interesting to live in.’ ”

Hoffman estimated that more than half of his Silicon Valley brethren were into preparedness – particularly as anti-elite sentiment had risen around the globe in the past several years, capped off with events such as Brexit and the election of Donald Trump.

Silicon Valley has frequently been the target of such outrage, as technological advances have made human workers obsolete and concentrated wealth among a small set of people.

One American hedge-fund manager who owned two New Zealand homes told The New Yorker he expected at least a decade of political turmoil in the United States.

Hoffman’s anecdote is backed by some data. Foreigners bought more than 3500 square kilometres of New Zealand in the first 10 months of 2016, more than four times as much as they did in the same period in 2010.

Even a man who helped Trump’s rise – early Facebook investor and Trump donor Peter Thiel – owns property there, and has described New Zealand as “utopia”

Osnos travelled to New Zealand to understand its appeal, and came away impressed with how its seclusion could clear the mind. “For the first time in weeks – months, even -I wasn’t thinking about Trump,” he wrote. “Or much of anything.” 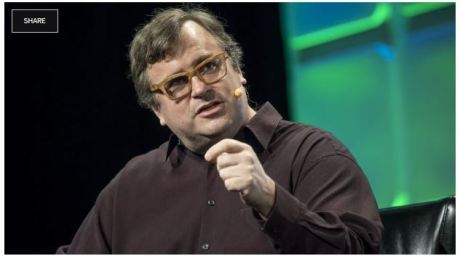 Posted on January 29, 2017, in ConspiracyOz Posts. Bookmark the permalink. 1 Comment.

← 14,000 Singaporean Troops in Qld for Training…for What? – ConspiracyOz
Apocalypse island: Tech billionaires are building boltholes in New Zealand So what do they know that we don’t? →