When is a victory NOT A VICTORY? When it involves Medical Cannabis 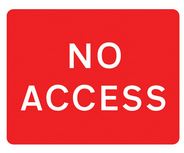 Jan 14, 2017 — In 2014/2015 you helped me run one of Change.org’s largest and most successful campaigns. I even claimed victory with a total of 251,289 supporters and a change in Federal Australian legislation on Medicinal Cannabis on the first anniversary of Dan’s death 24/02/2016.
I used to feel proud of this achievement………… but not anymore.

Every day thousands of sick Australians continue to break the law because they are battling painful, debilitating and /or life threatening conditions.
Parents are still forced to make the scary choice of breaking the law by providing non-psychoactive cannabis (CBD) to control their child’s life threatening seizures (when conventional treatment has failed,) or watching them continue to have seizures, regress mentally and physically, or even die!

Terminally ill patients using cannabis for better relief from nausea, vomiting and pain are still reliant upon doing shady deals with the black market to regain their quality of life and strength to battle their disease.
Veterans and front line emergency workers with PTSD are criminalised because they choose to try and manage ongoing mental health issues with a medicine that works for them, rather than struggling on with a plethora of addictive mind numbing pharmaceuticals willingly prescribed by a medical culture that is unashamedly influenced by the profiteering pharmaceutical industry.
These are just a few examples of the people the Australian Government treats as criminals because they have failed to recognise and keep pace with the emerging science about the therapeutic benefits of the cannabis plant.

Instead the new public policy (now Australian Law) reflects inaccurate and out dated fears and stigma which are remnants of the war on drugs. This has suited the very influential bottom line of Big Pharma and the conservatism of medical profession which is so intertwined with them.
In 2016 The Australian Government claimed it was responding compassionately by legalising cannabis for medical use by people just like Dan. But that could not be further from the truth.
They passed a law and then quickly smothered it in bureaucratic red tape which nullified any reasonable means of legal and safe access for needy patients.

Almost one year later these sick Australians are worse off than they were when their plight was still shrouded in secrecy and before the Government decided to play politics.
Australia needs meaningful reform in the medicinal cannabis legislation and regulation rather than lip service and political point scoring.

If the Australian Government were really serious about exercising compassion they would recognise that they have left these people doing deals on the black market…..being ripped off, being given untested products, not knowing what contaminants they may be ingesting and not being in a positon of being able to ask their doctor for help. Additional burdens at a time of struggle is not providing a health service nor good public policy.
Continuing to ignore the very real medical needs of this large group of sick Australians is negligent. Will the Government be happy to claim responsibility for unnecessary deaths of epileptic children caused by the scarcity of supply of the black-market medicine resulting from the recent police raids on compassionate suppliers?

I doubt it but they should because that is the potential outcome.
Sussan Ley leaves a legacy of ill-informed and scientifically bias decisions with regard to medical cannabis legislation. We need a new Health Minister and Prime Minister to acknowledge the problem as it is. People seeking better health with a natural botanical medicine for very serious conditions…. they are not using an illicit or dangerous substances to get high. In Australia, we treat heroin addicts with more compassion and respect.

On the 22nd January, I will be joining with other likeminded compassionate Australians including Barry and Joy Lambert to appeal publicly to the Prime Minister of Australia to make the necessary changes to the new regulations to enable the sick to be nurtured rather than criminalised. Barry and Joy donated 33.7 million dollars to the Sydney University for medicinal cannabis research because their little granddaughter Katelyn uses medical cannabis to treat her intractable epilepsy…. without it she may die! For the Lambert family and thousands of others the stakes are very high!

As a group of concerned citizens we are calling on our leaders to do their job and lead sick Australians towards care from a health system which recognises their individual health needs rather than to leave them in the criminal system with additional burdens of limited or no access to medicine, medicine which is unsafe and expensive, and the fear of being criminally charged …. all this on top of illness and pain.

This is a contemptable public policy and our sick loved ones deserve better. Here is how you can help………
If you are a patient, parent, or carer of a someone who uses medical cannabis please email me if you are prepared to submit your short story to the Prime Minister. I will send you a template which only takes couple of minutes to complete and ask you for a photo. Together they will be posted on a website which will be specifically for demonstrating the human faces of this debate. My email is lucy.haslam@uic.org.au
Buy the Sunday Telegraph on the 22nd (next weekend) and find the full-page letter from 5year old Katelyn Lambert. A link to a microsite be included on the page. This URL will link you to a template to complete and send to your MP.

This will take you just a few minutes but it will get your voice to where it can be heard. In addition to this get educated, spread the word and be a voice for the sick! Thank you in advance. Lucy

Posted on January 18, 2017, in ConspiracyOz Posts. Bookmark the permalink. 1 Comment.