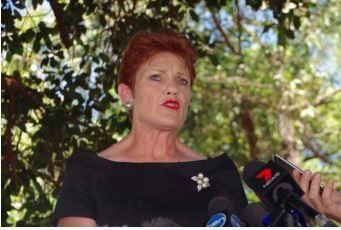 Photo: The identity card proposal may be good politics but it is unviable. (ABC News: Andrew O’Connor, file)

Some policies are like zombies: toxic, frightening, defiantly unkillable.

They reappear, even though they aren’t useful and aren’t pretty. Pauline Hanson’s call for a national identity card is one of those zombies.

The One Nation leader has been calling for a networked biometric card for people who interact with the national government. Put simply, that is most citizens. The card will supposedly significantly reduce fraud by non-citizens who are resident in Australia.

Statements about the card are confusing. Presumably it is meant also to reduce entitlement fraud by citizens – a focus of the current Centrelink debacle – and provide definitive proof of identity in dealing with state or local government and the private sector.

Past enthusiasts for a national identity card, claiming “if you have done nothing wrong you have nothing to fear”, have suggested a “must carry” regime. People would be expected to take the card with them when they use public transport, walk the dog, visit granny, go shopping or otherwise step outside. The card would be the default proof of identity in private sector transactions, stronger than the easily forged driver licence photo cards that are the standard ID for most adults.

The proposal may be good politics – a timely diversion from Hanson’s very public tendency to lose candidates – but it is unviable. Just as importantly, it is contrary to the dignity we are entitled to as members of a liberal democratic state. On that basis we must hope government ministers looking for a quick policy fix do not cynically embrace the idea.

What would the Hanson card look like? At this stage its operation is unclear, other than it would apparently involve a photo, name/birthdate, digital fingerprint (a unique biometric identifier) and link to multiple official databases. It would be a single key to “health, education and welfare”.

As a national biometric scheme, the card would involve all adults registering their fingerprints. Infrastructure for that registration does not exist – the Commonwealth would presumably have to co-opt state driver registries. Its operation would not be cheap.

Would the card work?

Aside from the affront to human dignity, such a card is unlikely to substantially reduce the incidence and severity of entitlement fraud (for example, unemployment, disability, health and other fraud by citizens and people pretending to be citizens).

The cost of national registration, databases and data-sharing mechanisms required to set up and maintain the card would dwarf the fraud likely to be identified and recovered.

The Australian Government has not been very good at establishing multi-purpose population-scale systems. Recall the recent census debacle, revelations about major problems with Centrelink, obfuscation about the national e-health scheme that saw the Personally Controlled E-Health Record scheme become MyHR, and criticisms about operation of the national Document Verification Service and maritime/aviation identity card schemes.

A “must carry” requirement appears to be unconstitutional. We are not at war (arguably the only situation that would allow mandatory “registration and display”). Few Australians would be happy to face criminal sanctions if they forgot to carry the card or refused to show it to a range of officials.

Some people may be comforted by the idea that everyone would be required to carry – and display – a biometric card, an instance of magical thinking. Others will either be disillusioned or relish the thought that the magic card is a tool for a variety of scams in the private sector, where most identity offences occur. When we read court reports, for example, we can see that crooks are just as good at manufacturing birth certificates, credit cards and driver licence cards as the organisations responsible for those identity documents.

Many business will weigh risk, choosing convenience over the costs of rigorous authentication. Few Australians have substantial forensic skills. We’ll accordingly see quite a few fake Hanson cards if the One Nation scheme gets off the ground.

In her 2016 maiden speech, Hanson said: “I will not accept do-gooders complaining about people’s privacy.”

Despite the Prime Minister’s stirring advocacy of privacy in his 2012 Deakin Lecture, the Government (along with the Opposition) has been reluctant to respect privacy and has ignored the “do-gooders”.

In recalling the Australia Card, that Department is likely to be wary about poorly contained costs, inevitable project creep and the ambitions of competing departments. It has a healthy disrespect for grandiose silver bullet proposals. It has a realism about the prospects for getting the competing immigration, health, education and welfare empires to integrate their databases in ways that deliver timely and accurate results. And the Finance Department is more powerful than decorative bodies such the Office of the Australian Information Commissioner.

Finance’s project management analysts, rather than legal “do-gooders”, may save us from the card. Let’s hope someone kills that zombie once and for all.

Bruce Baer Arnold is Assistant Professor in the School of Law at the University of Canberra.

Originally published in The Conversation.

Posted on January 18, 2017, in ConspiracyOz Posts. Bookmark the permalink. 1 Comment.