Centrelink crisis: people targeted with inaccurate debts may be able to sue

People who have been unfairly targeted with inaccurate Centrelink debts could have grounds to sue the government, according to the Australian Lawyers Alliance.

The social services minister, Christian Porter, continued to defend the automated system on Monday, saying the debts being issued were “fairly and legitimately calculated after a very staged and methodical process”.

The commonwealth ombudsman confirmed to Guardian Australia it had initiated its own investigation of the debt recovery system. 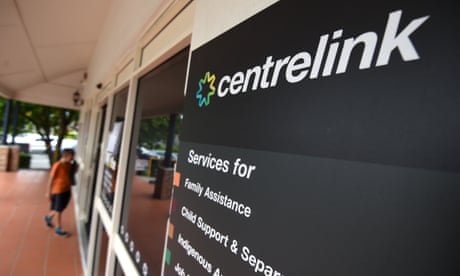 The largely automated system has drawn criticism for its overreliance on a crude process of data matching, which compares income reported to both Centrelink and the tax office to identify potential debts, before placing the onus on individuals to prove they were entitled to claim benefits, some up to six years old, within 21 days.

The system has been likened to a “dragnet”, which places blind faith in the accuracy of messy, complex sets of data to place tens of thousands of low-income and vulnerable Australians in an unfair position.

Australian Lawyers Alliance spokesman and Melbourne barrister Greg Barns told Guardian Australia that Centrelink legally owed a duty of care to its customers, which may have been breached.

Barns, once an adviser to NSW Liberal premier Nick Greiner, said 2013 laws on the governance, performance and accountability of commonwealth entities require public officials to show a “degree of care and diligence that a reasonable person would” when discharging their duties.

If that duty is breached, Centrelink may be forced to compensate those affected, according to the government’s guide to social security law.

“It seems to me that there’s been such a systemic failure in the way this has been put together … that there is potentially an argument that [Centrelink] has breached its duty of care to its clients,” Barns said.

“If a person suffers a financial loss as a result of that, they may have a cause of action,” he said. 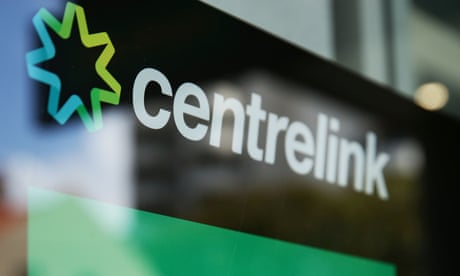 Centrelink also holds a common law duty of care not to give clients negligent advice, Barns said. A key complaint is that the system wrongly averages a person’s yearly income across Centrelink’s 26 fortnightly reporting periods.

In some cases, the system has incorrectly assumed they’ve worked the entire year, making them ineligible to receive benefits.

Porter confirmed the averaging out process was taking place, but told ABC radio on Monday that it only occurred if an individual did not respond to Centrelink’s initial correspondence within three weeks.

“If you do not respond to the original correspondence, at all within that 21-day period or ask for an extension, then it will be the case that the ATO estimate will be the preferred reporting and there will be an averaging out process,” Porter said.

“That just doesn’t happen initially, the first question [in Centrelink’s correspondence] is just about whether there is a difference between the income reported to the ATO, and the income that you yourself reported to Centrelink.”

First Dog on the Moon

That suggests anyone who does not receive Centrelink’s initial letter or other communications, due to a change of address or other contact details in what may be years since they claimed benefits, would face the averaging out process.

Porter said there were plenty of opportunities for those issued with a debt to ask for a review or appeal.

“In this process, if you believe that a debt has been raised against you in error, then don’t agree. Then ask for a review and reassessment internally, refer the matter to appeal,” he said.

He again sought to clarify that the first letter generated by the automated system was not a “debt letter”, but merely a notice of the detection of a discrepancy.

If that letter is not responded to, a debt is automatically raised. Barns said those given larger debts may be able to pursue individual cases against the government.

Given the costs of bringing a case to court, some of the smaller amounts would likely need a class action, he said.

“All Australian government employees have a duty of care to the public when they are performing their duties,” he said.

“If Centrelink has been negligent, or breached their duty to exercise reasonable care in the way they’re calculating these amounts, then they could be sued.”

Posted on January 17, 2017, in ConspiracyOz Posts. Bookmark the permalink. Leave a comment.