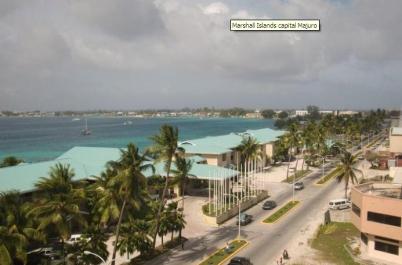 An internet blackout in Marshall Islands has caused withdrawal symptoms in a population that is used to fast internet speeds from an international underwater fibre optic cable.

For the past seven years, Marshallese people have accessed the internet through a super-speed cable that mostly carries US military traffic.

But now it needs repairs and a planned 10-day outage — that was due to finish at the weekend — has been extended without any definite end date because finding the source of the problem has proven difficult.

“I’ve been told that locating the repair site is like finding a pin head in a three-mile stretch of cable,” the head of the National Telecommunications Authority, Tommy Kijiner Jr told Pacific Beat.

To make sure the country is not entirely cut off, authorities have reverted to satellite backup, which is providing just 3 per cent of the bandwidth Marshallese are used to.

Access to all websites, including all social media, has been blocked off and the limited bandwidth is being used for email traffic and some business and government customers, on a rotating basis.

It means people have been forced to give up social media use “cold turkey”.

“Our customers are no longer used to the limited bandwidth that our satellite offers — going down from 1,500 megabits per second to a total of 50 for the entire country is a bit revolutionary in itself,” Mr Kijiner said.

“One of the things that our IT team has been trying to do while rotating the limited bandwidth that we’re using is making sure that people do not go to their Facebook sites but that has been very difficult.

“I guess it is human nature that people just want to check up on what’s going on with their Facebook sites but it’s been tough — people just cannot do without the speed and reliability the fibre optic cable affords them. It changes everything.”

Mr Kijiner said that since the cable was laid in 2009, there had been debate about whether it was too expensive for a small country.

“I think for the first time our customers now appreciate what the fibre means — now businesses are saying we really need to have this,” Mr Kijiner said.

One concern was that there would not be enough bandwidth for the Finance Ministry to process the Government payroll but after all other business customers were cleared from satellite access, the funds went through.

“I’ve got a 24/7 IT team working around the clock, making sure that those businesses that need to conduct whatever it is that they’re doing, are able to do so,” Mr Kijiner said.

“People here are quite patient — Marshallese by nature are very patient — and so when we tell them that you’ll have to reschedule your transaction while we do this one, most people have been really cooperative and we’re very thankful for that.”

Posted on January 11, 2017, in ConspiracyOz Posts. Bookmark the permalink. Leave a comment.