← The Blue Print of China is Here in Australia – ConspiracyOz
SA storms: Calls for compensation to increase as thousands go a third day without power →

Social media: Think again before you post those pics of your kids 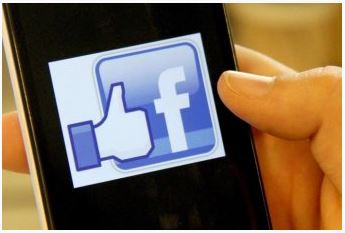 Photo: It is hard to say exactly how growing up online could affect children’s privacy. (ABC News)

You might think it is cute to snap a photo of your toddler running around in a playground or having a temper tantrum for social media, but did you ever think it might be a mistake, or even illegal?

The French Government earlier this year warned parents to stop posting images of their children on social media networks.

Under France’s rigorous privacy laws, parents could face penalties of up to a year in prison and a fine of 45,000 euros ($65,500) if convicted of publicising intimate details of their children without their consent.

This new legality is powerful food for thought for parenting in the Facebook era.

As adults, we often express dissatisfaction at the ways young people post their lives online.

But if we turn the mirror on ourselves, do we as parents actually have the right to make our family photos public? If so, which ones?

Part of the issue is our tendency for over-sharing. A recent study by Nominet, which handles the UK’s .uk domain name registry, found parents post nearly 200 photos of their under fives online every year.

This means that a child will feature in about 1,000 online photos before their fifth birthday. We have even got to the point where if you don’t upload photos of your baby, others question whether you are a committed parent.

This new norm means many children will have a powerful digital identity created by someone else.

This process can be likened to the manufacturing of celebrity identities, where parents can potentially shape the public persona of their child in any way they want: child genius, disobedient, fashionista, fussy eater and so on.

How do you think your own mum or dad might shape your online identity? Do you think it would be an accurate portrayal of who you are?

There is also the issue of likes and comments on those photos. Without realising it, are we choosing to upload posts about our kids that we hope will get the most audience attention? If so, how is this skewing the identity we are shaping for them?

We often tell our kids that once something is on the internet it is there forever, and this is a core concern for kids.

Research shows that parents often have not considered the potential reach and the longevity of the digital information that they are sharing about their child.

Your child will not have much control over where that home video of her having an embarrassing first singing lesson ends up or who sees it.

And for this generation of kids, the publicising of their lives can start even before they are born, when parents broadcast photos to all their friends and their friends’ friends of the antenatal scan.

Parents’ actions are generally not maliciously intended. In fact, they actually often see they are exposing something personal about their own life in such posts rather than that of their child.

There is also benefit from such sharing. Posts about your child bed-wetting might help a friend find solutions, or boost their patience for dealing with a similar issue with their own child. Many parents find this community of support important.

Given the relative youth of social media, it is hard to say exactly how growing up online could affect children’s privacy, safety and security.

But social media has also been around long enough now — Facebook is now 14 years old — that it is important to seriously consider the issue.

It is time to question how individuals — both children and adults — should manage boundaries around sharing personal information, and how they can control information that is shared about them.

Posting embarrassing photos of others on Facebook without consent is definitely tricky territory, but what constitutes embarrassing is slightly different for everyone, which makes this new issue even more of a minefield.

Get the kids involved

The answer of how to approach this new-found issue might be to listen to what kids have to say about it. Recent research from the University of Michigan asked children and parents to describe the rules they thought families should follow related to technology.

Adults tend to think of these rules around how much time kids spend on screen, but about three times more children than parents thought there should be rules about what parents share and do not share on social media.

Many kids said parents should not post anything about them online without asking them.

Both children and parents considered positive images, events and news more appropriate to share than negative ones. An image of the child playing on the swings at the park is a lot less likely to resurface than a YouTube video of them having a tantrum because their breakfast is not in their favourite bowl.

If you’re a parent looking for advice or sympathy about a behavioural problem, then a community approach is still very helpful, just do not post an image and your child’s name as part of the post. This will help to limit the searchability and reach of it.

Asking if your child likes the photos of them and whether you can put it up online can be a very quick and respectful conversation. It also sets up a great approach to your kids understanding digital etiquette.

Parents sharing photos of their kids online is not only about digital identity. It is also about our obsession with taking photos of our kids, particularly when they shine (or do not shine) in their respective activities.

This can make kids feel pressured to perform to help mum and dad get the right snap to share. What the children really want to see is you taking notice of them and acknowledging that they and their actions are important.

Joanne Orlando is a researcher in technology and leaning at the Western Sydney University.

Originally published on The Conversation.

Posted on January 1, 2017, in ConspiracyOz Posts. Bookmark the permalink. Leave a comment.

← The Blue Print of China is Here in Australia – ConspiracyOz
SA storms: Calls for compensation to increase as thousands go a third day without power →