In the first of a two part update, paedophile ring survivor Fiona Barnett shares her experiences since testifying before the Royal Commission into Institutional Responses to Child Abuse, including involvement in a documentary, the discovery of key abusers and her ongoing fight to have authorities investigate her allegations.

I LEFT my 2013 Royal Commission hearing with dashed hopes and a reignited need for trauma counselling. So I applied for counselling through NSW Victim Services, who allocated a psychologist at Living Well Psychology and Counselling.

Following my initial consultation and the disclosure of my Royal Commission statement, the psychologist wrote in a report to Victim Services that police investigated me for murdering the relative who abused me as a child — my step-grandfather and Nazi war criminal Peter Holowczak. (This paedophile actually committed suicide in Sydney whilst I was residing in Brisbane.) The psychologist’s bizarre allegation contradicted everything I said during our initial meeting, plus the content of the Royal Commission statement I had shared. My subsequent complaint resulted in the psychologist appearing before a professional conduct panel.

Soon after commencing therapy with me, Nerida Saunders was allegedly stalked by thugs who followed her home one night from her clinic to her remote property and circled her car. Saunders consequently provided a formal witness statement about the incident to Detective Terry Frost of the Tweed Heads police. The same men simultaneously stalked my two friends who also reported their experiences to police. The thugs then tailgated me to my daughter’s primary school, but I cut their car off and photographed its number plate.

I was again stalked and tailgated on the day of perpetrator Antony Kidman’s funeral (see pictures above right). Journalist Jonica Bray, accompanied by a photographer and makeup artists, visited my home to interview me for a potential Woman’s Day magazine story. This team and my family witnessed, photographed and spoke with the two men who allegedly admitted they had been hired to “keep an eye on” me.

Since my 2013 hearing, I have fought to make formal witness statements to police.

In May 2014, my husband accompanied me to Tweed Heads police station where I spent two days detailing multiple crimes of child sex trafficking, abduction, rape and murder. Detective Terry Frost omitted many crimes involving perpetrators known to have since died. He concluded that while he found my allegations “left field”, there were numerous unsolved historical murders in the locations I identified. He said he would immediately send my statements to Sutherland Shire police.

Prior to making these statements, I had spent a year reliving my childhood abuse with my psychologist.

The incidents of crime were so numerous and the therapy process so gruelling, my physical health was severely impacted. To illustrate, the therapy triggered vertigo and heart problems. On one occasion, these symptoms struck me in the surf and I nearly drowned. Consequently, my therapist was reluctant to work with my memories. This slowed the process down, so that by the time the precious opportunity to make witness statements with Detective Terry Frost arose, I had not finished processing everything. So I avoided addressing many crimes during my initial statement making, aware of my legal right to include them later under my allocated event number: 54671514.

My subsequent attempts to report the remaining crimes were thwarted. My emails and phone calls to police were stonewalled for a year. Further, in contravention of my legal rights as a victim of crime, NSW police did not inform me of the progress of the statements I had made.

On 6 March, 2015, I wrote to the NSW Police Commissioner and requested a chance to complete my witness statements. The Sex Crimes Squad replied on the Commissioner’s behalf, informing me that my initial statements were now with Sutherland Shire detectives. 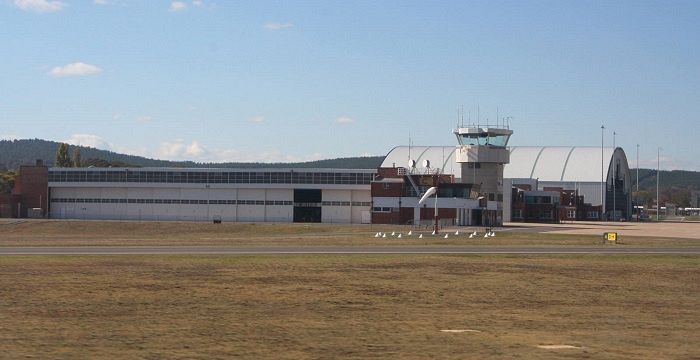 Also in March 2015, I contacted the Federal Police regarding the crimes I experienced in Canberra — including being prostituted under the name “Candy Girl” to Parliament House and to an international political leader in the back of a military airplane at Fairbairn Airport.

My communication was ignored until I appealed to the Federal Police Commissioner.

An Operation Attest officer named Louise Hawke contacted me and requested I email her details of my abuse. I did this and attached numerous crime scene illustrations. The officer subsequently phoned me and said that, while she believed my account, the historical nature of my complaints made them too difficult to prosecute. Officer Hawke assured me my information had been placed on file for future reference and referred me to ACT Victim Services, who said I qualified for counselling services but not compensation, because the ACT crimes committed against me had occurred prior to their 1985 cut-off date.

I was abused by an Australian equivalent of that UK ring, yet there are notable differences. I was trafficked to international VIPs both within Australia and overseas. This ring involved elements of the Australian military. My perpetrators operated in close collaboration with the USA government and they employed sophisticated methods for keeping their operation hidden.

Following the airing of their UK story, 60 Minutes were inundated with phone calls from Australian paedophile ring victims. A leading child abuse advocacy centre nominated me to 60 Minutes who are now working on an Australian version of their UK ring story. 60 Minutes told me they had narrowed their list of Australian victims to 30 possible interviewees. So, somewhere out there sit 29 alleged fellow victims of the same Australian VIP paedophile ring that abused me. I urge those potential interviewees to contact me via IA. It would be nice to have my memories validated by another human, instead of being constantly bashed by ignorance and denial.

As requested, I sent 60 Minutes reporter Ross Coulthart the information I had so far supplied state and federal police. Whilst interviewing my friends and associates, Coulthart questioned the validity of my testimony. He described my memory of being assaulted by a USA politician in the back of a USA military plane at an Australian military airport as far-fetched. Just what do people think international child trafficking looks like? If it is documented that the USA military and CIA have been involved in drugs and arms trafficking, would child trafficking be a physical or moral impossibility for these same people? 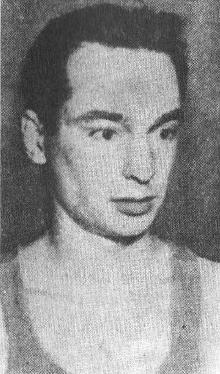 This year, an independent documentary team began researching my child abuse experiences. These producers quickly found ample evidence to support my allegations. They discovered the identity of the man my siblings and I were instructed to call “Dr Mark”. Leonas Petrauskas (pictured right) was the adopted son of a Lithuanian opera star, and he played basketball for Lithuania. (My Nazi war criminal grandmother was Lithuanian and friends with Petrauskas.) Petrauskas owned and worked at the Engadine Medical Centre on the corner of Boronia Ave and Old Princess Highway. The documentary team obtained copies of Petrauskas’ family photo albums, passports and Nazi papers. These documents show he was the Nazi doctor who matched the description of him I have been supplying to institutions for 25 years.

Dr Petrasukas’ crimes were so numerous, evidence of them erupted wherever we looked — and even where we didn’t.

During the documentary excursion, I approached a couple in the Engadine McDonalds’ car park and asked them for directions. Within minutes, the woman told me she was another victim of Dr Petrauskas, who referred her for deep sleep treatment with Harry Bailey at the notorious Chelmsford private hospital, which has reported links to Dr Ewan Cameron’s unethical electro shock experiments in Canada.

Dr Petrauskas attended Sydney University at the same time as another key perpetrator, Dr Antony Kidman. The documentary team located Antony Kidman’s former North Sydney home at 16 William Edward St, Longueville. This matched the description I provided the NSW Psychology Board in my complaint against him. Via realestate.com, I recognised the lounge room and pool in which I was sexually assaulted by Kidman and his famous stage actor friend who is still alive. The assault occurred during a post-production party held at Kidman’s house.

My researchers located and interviewed another perpetrator — a woman who assisted Dr Petrauskas while he performed an abortion on me. I witnessed this same woman lure, drug and murder a young male surfer at a remote Kurnell beach.

If that is the type of information amateurs found in their spare time using a $60 internet connection, imagine what the NSW Police could achieve. 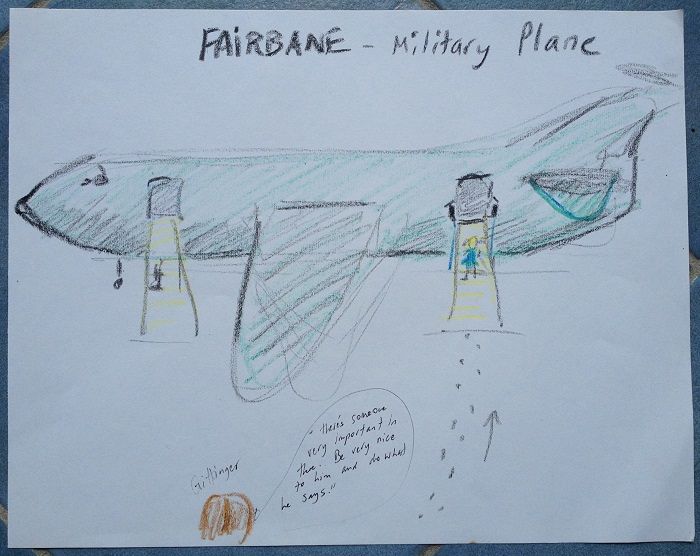 The detective finally directed me to travel to Sydney to complete my witness statements there. Consequently, I approached a Sydney officer I trust and offered to attend Police Headquarters at my own expense. I am currently liaising with a Sutherland detective and have made tentative arrangements to meet her at Police Headquarters next month to finish my witness statements. I hope this occurs and that I can achieve some kind of closure to my child abuse history.

Upon finding the identity of Leonas Petrauskas, as well as another offending medical doctor who is still alive, I contacted the NSW Coroner and suggested he investigate every birth and death certificate these doctors ever signed. I said I had witnessed Dr Petrauskas fabricate medical documentation to cover for crimes including murders. The NSW Coroner said he could not conduct such an investigation without the direction of the NSW Police.

So I forwarded the NSW Coroner’s response to the NSW Police Commissioner, asking him to direct the coroner to investigate my allegations. The Commissioner thanked me in writing for supplying the information and assured me it had been forwarded to the appropriate designation.

“What, the paper shredder?!” quipped my current Victim Services counsellor.

The corroborative evidence that my documentary makers continue to find in support of my allegations has been offered to the authorities. If the authorities are not interested in this evidence, perhaps the public is. My documentary, Candy Girl, is at the editing stage.

Editor’s note: Fiona Barnett has submitted a statutory declaration to IA to support all the statements and allegation she has made in this piece. Most names have been redacted for legal and privacy reasons. Anyone wishing to come forward with any further information is strongly encouraged to contact managing editor David Donovan via email at editor@independentaustralia.net.

Part two of this piece coming up this week. A preview of Candy Girl is scheduled to premiere via Independent Australia. Keep watching this space!

Posted on December 5, 2015, in ConspiracyOz Posts. Bookmark the permalink. 1 Comment.