← We Did It! Ppl Power Wins – ConspiracyOz
Community radio safe – for now → 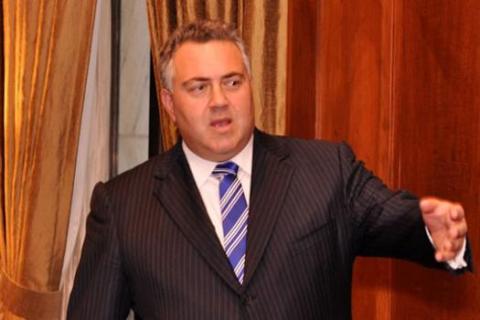 Community radio has been spared potentially crippling funding cuts tonight as the budget rejected recommendations to abolish the sector’s funding.

While the ABC and SBS will lose one percent of their funding over the next four years, the recent campaign by the Community Broadcasting Association of Australia seems to have swayed Treasurer Joe Hockey’s opinion.

“I was always hopeful that the Government would see sense and reject the recommendations, which would have turned the back on 40 years of bipartisan support [of community radio]. And full credit to them for doing it.”

While tonight’s budget is good news for community radio, the future of digital expansion for the approximately 360 stations still needs cementing.

“We’re going to re-group, we’ve spent the last week head’s down running the campaign. Now we’ll have further discussions with the Minister and talk about the future.”

Managing Director of Sydney station 2ser 107.3 Melanie Withnall told theMusic, “This budget recognises the he amount of value community radio gives for the $17.7 million [across the 360 stations] in funding.

“It provides many different services on many different platforms. The value we’re giving to the Australian taxpayer for the service provided [is huge].”

Community radio stations around the country, which not only provide platforms for the nation’s emerging music scene but also service ethnic groups and provide disabled services, has a listenership of 5.2 million and is run with the aid of 22,000 volunteers.

Over 20,000 protest emails are believed to have been sent to the Treasurer and other Federal Ministers after the Audit Commission advised that community broadcasting funding be cut due to the $1 billion funding provided to the SBS and ABC.

In other budget news the ABC has lost the contract for Asia-Pacific news service the Australian Network, for which there is no more funding outlined.

The Government has also indicated that it will un-cap university fees this month, allowing the education providers to determine their own unregulated fees.

Posted on May 15, 2014, in ConspiracyOz Posts. Bookmark the permalink. 1 Comment.

← We Did It! Ppl Power Wins – ConspiracyOz
Community radio safe – for now →