Papers reveal the Howard government knew the US would allow evidence obtained by torture in David Hicks’ court case. 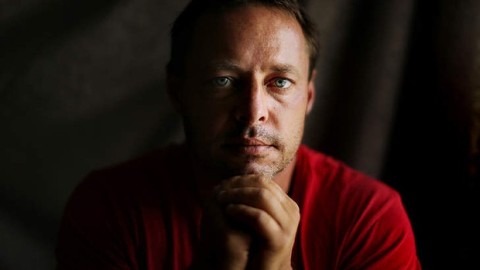 The Howard government made contradictory public statements about the fairness of the military commission trial in the US of former Guantanamo Bay detainee David Hicks, according to new documents.

The heavily redacted documents, obtained under freedom of information, include emails, advice and cables between Australian government officials and US officials in relation to the US military commission process and Mr Hicks’ case.

Human rights advocate and lecturer Aloysia Brooks – who is married to Mr Hicks – obtained the documents, which show the Attorney-General’s Department was aware the military commission could allow evidence obtained by the use of torture due to its broader definition of what torture was.

The January 2007 departmental background briefing document says there are some protections against the use of statements obtained by torture. But it warned: ”However, the US definition of torture opens the possibility that evidence obtained by the infliction of severe mental suffering which does not result in ‘prolonged mental harm’ or which is inflicted by methods other than those set out in the manual will not be considered to be ‘torture’ and so will be admissible before a military commission. A statement alleged to be the product of coercion may also be admitted into evidence in certain circumstances.”

The briefing document was prepared in response to government requests for talking points to compare the new rules of the military commission to other international war crimes tribunals such as the International Criminal Tribunal for the former Yugoslavia. But an adviser warned that a comparison between the rules was ”not useful” because the international courts had rules protecting ”fair trial rights” that were not present to the same degree in the commission.

In December 2006, then attorney-general Philip Ruddock was quoted as saying ”We are certainly pressing the US and have received certain assurances from them that a fair trial should be possible under the scheme that they’ve legislated for.”

After receiving the departmental advice, he began to distance the federal government from the issue of the fairness of the new military commission process.

On February 18, 2007, he said it ”will ultimately be a matter for the United States government and the courts”.

He defended the commission, pointing to ”due-process safeguards” for defendants.

Ms Brooks said the documents revealed ”the inconsistency between the public statements made by members of the former Howard government and the internal conversations relating to David’s treatment and their knowledge of the unfairness of the military commissions process”.

”This is about much more than David Hicks. I believe the Australian public have a right to know of the lengths their government went to to present the most favourable interpretation of events, rather than the reality of the situation for Guantanamo Bay prisoners.”

But Mr Ruddock told Fairfax Media on Saturday that he believed everything he said was ”consistent”.

”I have always made it clear that when you are another jurisdiction the rules of that jurisdiction apply,” Mr Ruddock said.

Mr Hicks was apprehended in 2001 and held for more than five years in Guantanamo Bay before being pressured into a plea bargain in which he was convicted of providing material support for terrorism.

Lawyers for Mr Hicks have launched an appeal to overturn his conviction.

Posted on December 29, 2013, in ConspiracyOz Posts. Bookmark the permalink. Leave a comment.